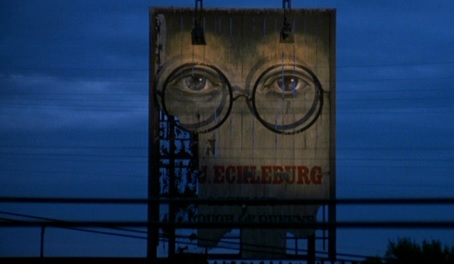 I like science fiction well enough to occasionally indulge in the bad kind. By bad I mean stories where the science is so-so and the ideas are recycled. I recently finished a moderately bad book using a commonly recycled trope: a future where all public spaces are routinely captured on video. The plot turns on a detective pulling together ubiquitous surveillance camera videos into a central computer, where he recreates a complete 3d computer model on the day of the murder and eventually solves the crime. Since a key part of finding the Boston Marathon bombers hinged on surveillance cameras as well, I couldn’t help but wonder how close we are to living in that often predicted future world.

This is not a new question of course. For historical context, I pulled a New York Times article from 1899 around the time of the first Kodak portable cameras. The article complains of “Kodak fiends” who take pictures without permission at a Newport beach and “one of the cottagers went to his lawyer this morning to ascertain if the laws were so framed that an assault could be charged against those who use a kodak against the will of the people who object to being so photographed.”

What’s interesting is the fears of cameras everywhere circa 1900 only partially came to pass. It was still considered rude to take and share a photograph of someone behind their back when I was growing up. But the norms shifted with the advent of ubiquitous camera phones. Now it’s just considered a fact of life that anything you do in public can show up on social media. Spring break has gotten a lot tamer as a result. You may view the tameness of Spring break as a good or bad thing depending on your politics and age. But there’s a darker side to this as well, as the recent suicide of a teen who was raped and then shamed by kids sharing images on their mobile phones shows.

The limit on what’s considered acceptable to share is driven by software from companies like Facebook and Google. Facebook in an obvious way, as a social media company. Google slightly less obviously. Consider Google maps. Through Google maps and street view, you can not only find locations but also see an image of what it looks like at any address. And while Germany is putting up some legal resistance to “street view”, at this point I think the battle is over. Getting an image of any address is considered acceptable, which implies that taking and posting an image of any location is acceptable. 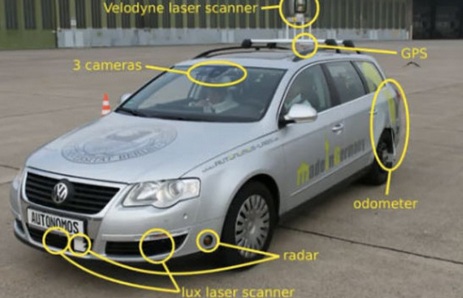 Driverless cars to me seem to be the next big step beyond camera phones in making ubiquitous video mainstream. Why? Lawsuits. Right now driving is clearly the riskiest mainstream thing people regularly do. As driverless cars attempt to go mainstream, juries will love awarding money to human drivers in an accident. The obvious solution for driverless car companies is to put a “black box” video recorder on top of all the other gear a driverless cars needs anyway. Nothing like a video showing a human driver texting while driving to show who’s at fault. It’s not clear how long the legal and insurance battle will take, but whenever it happens I’d bet driverless cars will be legally required to have video recorders to get insurance. And since driving causes a comparable number of deaths to guns, it’s could go mainstream quickly once the legal hurdles are overcome. Every public road will be covered with traveling video recorders once that happens.

The future of google glass, a voice driven “heads up” glasses style display, is far less clear. Some people think the glasses will be too rude to wear (for those around you) to succeed, but I’m less sure. I remember thinking the same thing about cell phones a few decades ago. My point here is the case for wearable eyeglass cameras becoming mainstream seems less certain than the one for driverless cars, where the legal insurance needs are so clear. Glass has a fashion/culture side that’s hard to predict.

And that leads to the primary question: how far can the culture go in the direction of continual video surveillance? I think the right answer is to look back in time, not just to 1900 and the first cameras, but much farther back, to when most humans lived as hunter gathers. People lived in very small groups, probably maxing out at around 150 (Dunbar’s number), and the primary mechanism of social control was gossip. We’re evolved to love gossip and to use it to keep people in line. If you grew up in a small town you know exactly how this works. When everyone knows what you are doing, it feels oppressive, but it also makes you behave better. And small town gossip living is certainly well within the boundaries of human behavior.

The irony is that large cities, which used to be the best at preserving anonymous privacy, will be the worst for this rather odd version of small town surveillance camera gossip. Surveillance cameras of all sorts will continue to be more common in densely populated areas. To be in public, especially in city crowds, will mean you will be recorded. Perhaps Scott McNealy was right when he infamously said in 1999 “You have zero privacy anyway. Get over it.”

PS – the photo at the top of this post is of course from the Great Gatsby, where the eyes of T.J. Eckleburg look down on our materialistic ways.