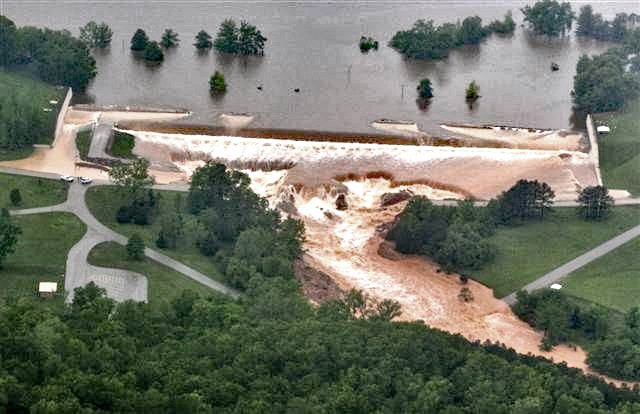 In part 1, we saw how the 10,000 fold decrease in genome sequencing costs has ushered in a golden age for genomic biology. This onslaught of genetic data is upending a lot of old views, and in particular it’s starting to spill over into longstanding debates about genes, racism and human equality. But before going there, let’s review some history. The theme here on genes and racism is that nobody escapes looking good. No one can handle the truth, myself included.

In the history of evolutionary thought, let’s start with Darwin’s origin of species published in 1859. Then on to Mendelian genetics, population genetics and getting to the modern synthesis. Into this mix molecular biology added the understanding of the structure of DNA in 1953. Finally by the 1960’s we get to the gene centered view of evolution and biology, which can in theory understand biology from the molecular level on up. Going past that point (roughly the mid-1960’s) moves us into the genomic era.

In parallel, Social Darwinism started only a few decades after the 1859 publication of Darwin’s On the Origin of Species. This and similar movements used evolution to put a scientific gloss onto racism. And under various guises this situation of using science to back conventional views on racial inequality continued until the civil rights era. Now it so happens that the civil rights movement and the gene centered view of evolution both came of age in the 1960’s, and consequently the challenge to scientific racism from that era used gene centered thinking.

The key figures here are Richard Lewontin and Stephen Jay Gould, colleagues at Harvard, who took up the battle as debunkers of racist science. In 1972 Lewontin published his paper “The Apportionment of Human Diversity” where he examined 17 genes (a lot for that time) and found that most of the variation was found within populations, not between them. This shift to arguements based on actual genetic data decidedly puts us into the early years of the genomic era. Lewontin found that if you look at a single gene, it is hard to know which population it came from since most populations contain most variations. But he also found that some of the variation was unique between populations as well. This finding has largely held up and is deservedly a landmark achievement. What has not held up has been Lewontin’s conclusion that “racial classification is now seen to be of virtually no genetic or taxonomic significance either, no justification can be offered for its continuance.” Note that Lewontin is not using the word “race” in the looser cultural sense here, but in the sense of human ancestry. A. W. F. Edwards later wrote a paper which he combatively titled Lewontin’s Fallacy laying out the problems with Lewontin’s logic. The fallacy is that while indeed most genetic variation is within populations, that doesn’t prevent you from identifying race (in the taxonomic sense of grouping by human ancestry) by looking at whole genomes. This is because the correlations of genes in any individual taken together are enough to uniquely determine their ancestry. In fact this is now done commercially by 23andme.

Stephen Jay Gould entered the fray prominently with his 1981 book The Mismeasure of Man. Gould’s book is well worth reading, despite being a first class polemic. On his genetics blog Razib Kahn goes over the book’s flaws, which I tend to agree with. Razib Kahn also points out the book’s continuing influence on the general public by noting it’s the most widely cited book in his comments section. I’ll second that observation as I also see commonly cited on the web. In his book Gould argues against biological determinism, the belief that ”the social and economic differences between human groups—primarily races, classes, and sexes—arise from inherited, inborn distinctions and that society, in this sense, is an accurate reflection of biology.” Lewontin and Gould hated racism, and as such they fought for a good cause and pushed us toward the less racist world we live in today. So their work is a long overdue corrective to science’s history of justifying racism. Nonetheless they were also polemicists of the first order. They hated racism enough they were not above sabotaging science which could help justify racism, even if the science happened to be true. Gould’s treatment of Morton in The Mismeasure of Man is a classic example.

In 1975 E.O. Wilson, also at Harvard, published Sociobiology, which argued social behaviors could be understood from an evolutionary perspective. When I read the book, I was surprised at how mundane the final (and only) chapter which deals with human beings reads. Hard to believe this one chapter started the biggest controversy in biology in the past 50 years. Lewontin and Gould fought Sociobiology tooth and nail because they felt it was an updated version of Social Darwinism, providing scientific cover for racists. They formed the Sociobiology Study Group, whose most infamous moment came when protesters shouted racial taunts at Wilson and poured a pitcher of icewater on his head. Eventually (after about 30 years) Lewontin and Gould lost that battle, and Sociobiology today goes under the name of Evolutionary Psychology as a normal field of science. The field has it’s criticisms, but the larger battle is won: there is no longer a taboo around applying evolutionary perspectives to human behavior.

In 1994 Richard J. Herrnstein and Charles Murray published The Bell Curve. This was a polemic from the other side. It argued that IQ was real and heritable, and that IQ was correlated with success, especially in a modern economy. In the most controversial section, they argued that different populations (races) had different statistical levels of intelligence. In response Gould re-released an updated version of The Mismeasure of Man. Gould criticized the idea of intelligence as being measurable by a single number, as well as being heritable. More forcefully, others criticized the Bell Curve section on race for its methodology. Statistical IQ studies are association studies. Through regression analysis you infer the amount one thing (IQ) is caused by another (heredity, environment, culture, discrimination). The trouble is it’s very hard to conclusively prove anything decisively with correlations. Do people do poorly on IQ tests because they’re not smart or because they’ve been discriminated against? How much to weight each factor? Note that the heritability of intelligence by itself was less innately racist, and as such was less disputed than the claims about race and intelligence. In fact, in 1996 the American Psychological Association endorsed the view that intelligence was real, predictive and heritable (within groups). Note that this statement negated the main thesis of Gould’s book. But at the same time the APA disputed the more inflammatory claim that between group conclusions were valid.

At a personal level, I got interested in evolution from reading Gould’s wonderful books. Well written and full of interesting historical side notes. So I have mixed feelings about Gould. It hurt to read Paul Krugman’s infamous 1996 takedown where he basically says Gould is popular since he doesn’t understand math. Espcially as Krugman as a famous liberal had no real political axe to grind with Gould. So Gould’s  legacy as a scientific thinker is decidedly mixed. With that said, in historical context Gould and Lewontin radically shifted the debate around human equality for the better. They upended centuries of default assumptions that racial rankings were true. So that’s progress.

The Genomic Tsunami (call it 2006-present)

In the 18 years since The Bell Curve, it seems like not much has changed or at least hit the news like The Bell Curve debate did. But in the meantime the trickle of genomic data has become a flood. And this tasunami of data is starting to change the landscape, even if it’s not always front page news. So that’s my next post.